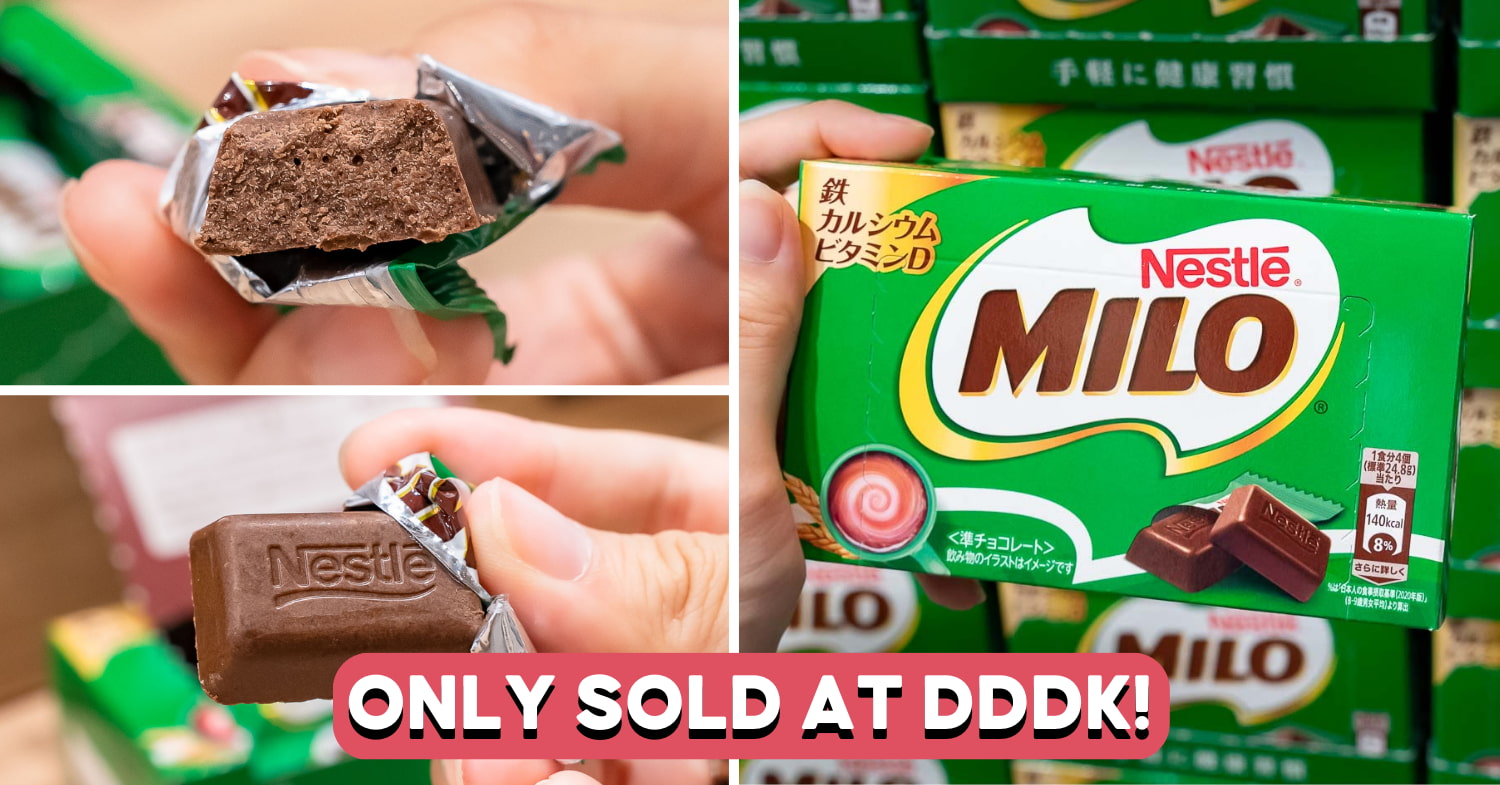 Don Don Donki has Milo chocolate bars from Japan I’ve always been fond of Milo products━from Milo drink packets and snack bars to even ice cream, Milo is almost a multiverse of goodies all on its own. Joining the list of Milo items is the Milo Chocolate Bar, which can only be found at Don Don Donki! While Milo is typically developed and manufactured in Singapore, Malaysia, or Australia, these Milo chocolate bars are made in Japan! They come in a box of 10 individually packed bars, which will set you back $5.50.  You’ll find a single chocolate truffle inside each packet, which boasts an intense chocolatey, malt flavour. This snack has a Milo powder-laced centre that melts in your mouth, reminiscent of a Milo Dinosaur in a bite-sized piece! We are not sure if this will be a permanent addition to Don Don Donki’s range of desserts, so it’s probably best to get your hands on some while stocks last. Image credit: @breadinosaur While you’re on the hunt for these Milo snacks, you might want to check out Don Don Donki’s mochi sandwiches at the dessert section, in particular the Strawberry Cream Cheese Mochi Sandwich! It costs around $5, […]